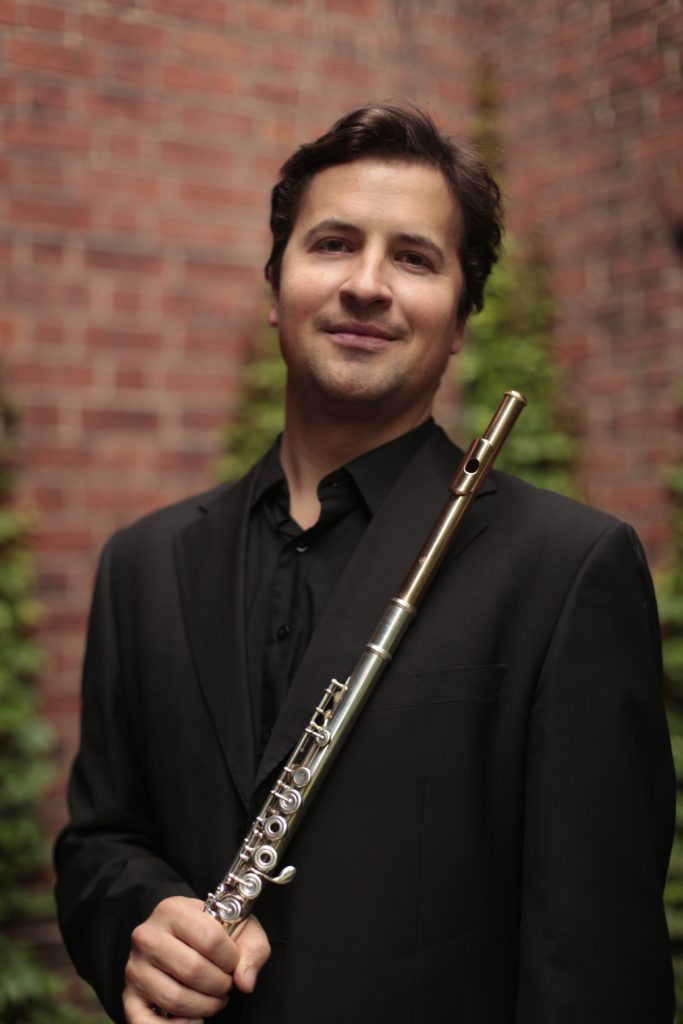 He graduated at the Academy of Music in Ljubljana, Slovenia in the class of prof. Matej Zupan. Later he entered the class of Prof. Pierre-Yves Artaud at ENMP “Alfred Cortot” in Paris as well as Conservatoire National de Musique de Créteil “Marcel Dadi” to study with Prof. Georges Alirol. After gaining the Diplôme Supérieur d’Enseignement and d’Exécution, he also achieved the Diplôme Supérieur de Concertiste de Flûte. Following his time in Paris he perfected his knowledge as a postgraduate student at the “Mozarteum” in Salzburg in the class of the celebrated slovenian flutist Irena Grafenauer. Additionally he received important musical impulses at masterclasses with renowned flutists such as Emmanuel Pahud, Peter-Lukas Graf, Michael-Martin Koffler, Felix Renggli and Sophie Cherier. Most notably, he had the chance to participate in the last three masterclasses held by the legendary Prof. Aurele Nicolet in Paris, Hvar and Weimar.

During his studies he became prizewinner of several Slovenian national competitions as well as the International music competitions in Trieste (2000, Italy), Picardie (2004, France), Belgrade (2005, Serbia) and Braunschweig (2011, Germany).

In 2010 he became Assistant-Professor at the Academy of Music in Split, Croatia. Seeing the lack of possibilities for orchestral experience there, he started working on Flute orchestral excerpts arranged for flute quartet, which in 2013 he published with the Svitzer editions in Kopenhagen. The book achieved international recognition. As a part of his pedagogical activities, he is also giving masterclasses all over Croatia, Bosnia, Slovenia and also Japan. Since 2013 he has regularly taught at the Summer music school in Kastela, Croatia.

Both as soloist and chamber musician he has performed at numerous festivals such as: “Brücken” Festival für Neue Musik in Mecklenburg-Vorpommern, Days of J.S. Bach in Split – Croatia, Blackheath Series at the Church of the Ascension in London, Escales Musicales Evian, Performing Arts Series in Kansas – USA, Nacht der Komponisten Salzburg, Festival Neue Musik Randspiele Zepernick and Les Couleurs de l’Europe festival in Algeria. Especially meaningful was the solo performance of the piece “This war” by Eun-Ha Park at the 60 Years Hiroshima Peace Concert in Wiener Musikverein.

His frequent concert activities took him all over Europe, the USA, Japan, China, South Korea, Vietnam and Algeria. He had the chance to play in such prestigious venues as the Berlin Philharmonie, Suntory Hall Tokyo, Wiener Musikverein, Konzerthaus Berlin, Slovenian Philharmonie, Gasteig München, Hanoi Opera House, Shanghai Oriental Art Center, National Centre of Performing Arts in Beijing and Salerno Opera House among others.

He has published several CDs. One with Trio Susak (flute, saxophone, piano) and other with flutist Boris Bizjak and pianist Yoko Misumi, presenting music for two flutes and piano, recorded on the London-based Hedone records label. Currently he recorded 2 CD’s of German romantic flute music with his long-standing pianist Minka Popovic-Ganev, as well as a live CD from an improvisation concert with pianist Tina Mauko and accordionist Jure Tori.

Working toward expanding the flute repertoire, he is not only premiering numerous compositions, most notably from the younger generation of Slovenian composers, but also transcribing and arranging classical pieces from other instruments for flute.

He was a member of the jury at the 1st Croatia International Flute Competition and is founder and artistic director of the International Music Festival “Ursus” in Slovenia. More about Professor