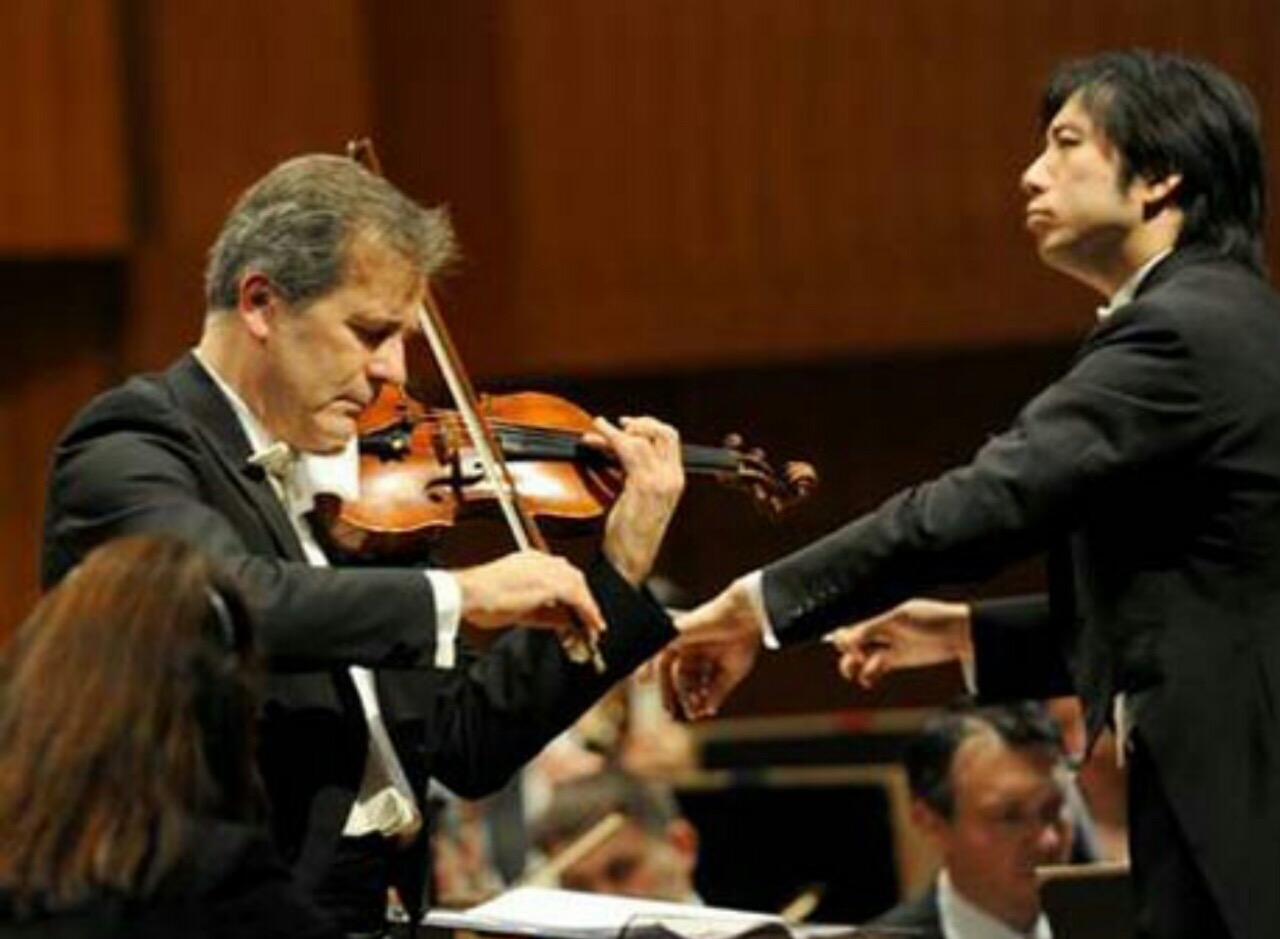 Goran Končar, one of the most outstanding Croatian violinists, studied at the Zagreb Music Academy in the classes of Martin Borić and Josip Klima. He achieved his M.A. degree in the class of Leonid Kogan at the Conservatory Tchaikovsky in Moscow. He continued his enhancement with Max Rostal in Bern and Henryk Szeryng in Geneve. Then he continued enhancing with Yfrah Neaman in London to become his assistant at the Guildhall School of Music in the period 1981 – 1983.
Since 1988 Končar has been professor at the Academy of Music, University of Zagreb. He held master classes in Madrid, Berlin, Turin, Milan, Sidney, Tokyo, Beijing, Stellenbosch and elsewhere. In the year 2004 he initiated the LAUS Summer Academy in Dubrovnik, together with the greatest violinist names (Zakhar Bron, Viktor Tretyakov, Dmitry Sitkovetsky, Leonid Sorokow).
He started his International soloist career in 1982, undertaking guest tours in the majority of European countries, the USA, Japan and Israel.
In the period from 1984 to 1994 he was concert master of the Royal Philharmonic Orchestra in London, the Croatian Radio&Television Symphony Orchestra and the Zagreb Philharmonic. He also performed in many concerts with eminent orchestras and conductors all throughout the world.
Končar is the winner of the first and special awards at the national competitions in the country, further on of the award Music Life in Moscow (1980) for the performance of the Concerto for the violin and orchestra by Dmitri Shostakovich, the first prize at the International Competition in Bratislava (1984) and other top acknowledgments. On the list of awards the outstanding one is the Vladimir Nazor Award (2006).
In his soloist and pedagogical career Končar was particularly dedicated to the interpretation of the works of Johann Sebastian Bach (Solo sonatas and partitas), also to the repertoire that he worked with Max Rostal (W.A. Mozart and the French repertoire – M. Debussy and C. Franck), with Yfrah Neaman (J. S. Bach, M. Bruch, E. Bloch, F. Mendelssohn) and Leonid Kogan (Russian literature – P.I. Tchaikovsky, A. Glazunov, A Khachaturian, S. Prokofiev and D. Shostakovich – for the performance of which he won a Russian award as the first foreigner).
He continued dedicating special attention to the performance of 20th century classics (B. Bartok, B. Martinu, S. Gubaidulina, A. Nilsson, K. Goldmark) as well as contemporary works on account of which a range of composers dedicated their compositions to him (Boris Papandopulo, Milko Kelemen, Giuseppe Gavazza, D. Holloway and Ivo Malec).
Končar’s first disc was published in 1984 by EMI in London, and he also recorded for the BBC, CBS, France Musique, HRT and other radio and television stations. Croatia Records published one of the rare integral performances of Eugène Ysaÿe’s solo violin sonatas.
From 1987 to 2012 he directed the Zagreb Quartet and for the quarter of the century he embedded his skill and art into the existence of this oldest chamber ensemble, not only Croatian but European as well.
In his professional activity Končar dedicated his particular attention to the investigation of the sound of historical instruments as well as the enlightenment of the value of tone-wood from Croatia and Bosnia that are used for the building of the most valuable instruments. More about Professor