The cellist and Rostropovich’s student David Grigorian, born in Yerevan, Armenia, in 1946. He is completely influenced by the traditional Russian musical culture. Since 1992 lives in Germany. He inspires audiences a 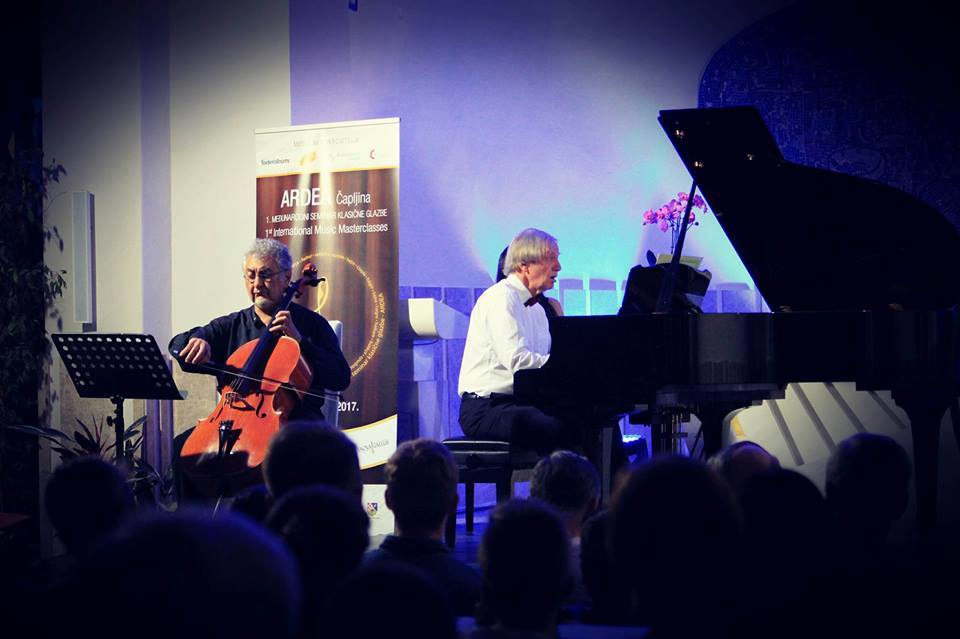 nd critics with his musicality deeply and exciting and powerful performance. David Grigorian’s exorbitant gift for the cello was apparent early on. His father first taught him on the instrument. Later he was admitted to the Moscow Tchaikovsky Conservatory, where he completed his musical education. From a young age he began public appearances and in 1970 he was a laureate of the Tchaikovsky Competition. From the very beginning, Mstislav Rostropovich was impressed with his high musical level and originality: the technically perfect playing and the distinctive artistic independence of the young cellist made him predestined for the soloist career. Since then, he performed in Moscow, St. Petersburg, Kiev, Riga and other cities of the USSR the well-known for his outspoken love of music audience. With successful tours of European countries, he was also known to a larger audience outside the Soviet Union. He appeared with conductors such as M. Rostropovich, R. Reuter, W. Nelson, W. Sinaisky, O. Kosushi… Partners in his chamber concerts were L. Lissovaya, A. Nasekin, Dang Thay Schon, I. Shukov, G. Zislin, D. Sitkovetsky, S. Rudiakov, G. Končar and many others. In addition to his career as a cellist, David Grigorian also looks after the musical offspring here as a true pupil of Rostropovich. Already in the Soviet Union he had various professorships in Moscow, Gorky and Novosibirsk. In Germany he taught cello at the Saarland University of Music in Saarbrücken. In addition, he teaches and promotes gifted young musicians, and directs international master-classes in several Eastern European countries as well as in Spain, Italy, France, Austria, Croatia and Germany. David Grigorian, like Mstislav Rostropovich, is both an extraordinarily capable music teacher and a musician of first-class artistic merit. David Grigorian is married to the concert pianist Ludmila Lissowaja. In 1994 he moved with the family to Munich. Firm friendships connect him with David Geringas, Elizabeth Leonskaya, Zahar Bronn, Maya Plisetskaya and Rodion Shchedrin. Expression of his artistic personality is, for example, his interpretation of Waxmann’s Carmen Fantasy (adaptation for violinist Jascha Heifetz) in which he plays the violin part on his cello. He is also known for his quite original interpretation of Mendelssohn’s Lieder ohne Worte and the arrangement of Shostakovich’s Violasonate, which he performs in the version for cello and piano together with his wife Ludmila Lissovaja. Despite all his skill and technical perfection, David Grigorian’s play has preserved the artistic qualities that have always characterized him: liveliness, individuality and uniqueness.